I felt relief when I realized the tenth anniversary fell on a Sunday. Sundays are better days for stopping and reflecting on your feelings about life, love, and loss. Over the last few years I have addressed anniversaries only sporadically, only with classes I already trust, and only when I feel emotionally ready to deal with it. A decade is a long time but images from that morning make me feel the stress again: wondering about my father, talking to my brother, watching the news, trying to make some sort of sense out of images that made no sense.

This year it was easier to teach something a few days ahead of time. I only addressed it with my freshmen classes and I tied it into what we are already studying. We just completed a seminar on flood stories (namely Epic of Gilgamesh and Noah, from the Book of Genesis) and Allegory of the Cave and in the discussions students talked about how people try to make sense of disasters.

I told the story of where I was that morning. How I tried to call my dad who worked in the South Tower (the second hit but the first to fall). Talking to my brother, Dan, in Portland, Oregon, as we watched the news on t.v. Talking to my mom from her office near the United Nations and trying to explain to her what was unfolding on the news.

Then I showed the first 15 minutes of the documentary “911 The Falling Man,” chosen because people tell their personal stories. These students are 14 or 15 years old and all they know, with a few exceptions, is what the news reports have told them over the years. They need to hear from real people so that unreal events become more real.

Then I told them the rest of “my” story about my dad. He was at work that day. He saw papers swirling by his office (he didn’t have a direct view of the other tower). He helped round up the people who were already at the office. They took the elevator down to the next lobby. They walked down the stairs and were in a stairwell when their building was hit. He said it felt like the whole building twisted one way and then back again. He was on the Brooklyn Bridge when his building fell.

And then we went to stories that have been written down. I read “The Names” by Billy Collins and I told them it makes me think of everyone I’ve lost, that echoes of people are everywhere. Next came “Prayer for the Dead,” by Stuart Kestenbaum. His line, “…if you discover some piece of your own writing, or an old photograph, you may remember that it was you and even if it was once you, it’s not you now…”  because that’s the reason I have them write an autobiography over the course of the year, so they can look back and see themselves as freshmen in high school. And the last poem, “Five Years Later,” by Tony Gloegger, addresses survivor’s remorse and the pain all of us go through when forced to tell about or relive something traumatic.

I located the poems through the NYTimes Learning Network, a collection of lesson plans, articles, blogs, etc. that are resources for teachers. And, so students can follow-up and learn more on their own, or share with parents, I posted everything in my planbookedu.com planning book. 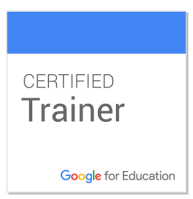 I’m an Apple Teacher. Apple recognizes me for demonstrating my skills using Apple products to enhance productivity and inspire creativity in my classroom.